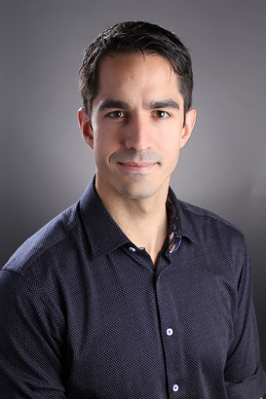 Dr. Bruno Blais has his finger in many pots — at least figuratively. Mastering the art of stirring or mixing is the mainstay of his research work, but he doesn’t use spoons or whisks to accomplish his tasks. Instead, he uses supercomputers.

Indeed, the Research Center in Industrial Flow Process (URPEI) at Polytechnique Montreal, of which Dr. Blais is a member, would not exist without high-performance computing. Using these computers, he and his team develop, verify and validate “high performance digital models for fluid mechanics, heat transfer and complex multi-physical and multi-scale phenomena.”

Put more simply, their work brings in chemical and mechanical engineering, applied math and computer science to an area called computational fluid dynamics, which is “anything that flows.” Air, water or other liquids are all considered fluids for the purposes of his job.

“Predicting the motion of fluid is difficult because fluids have a complex dynamic,” he says, and that’s where computing comes in.

“To do that, you need to understand what is going on within the chemical process” — something he does using computer modelling.

His work with the private sector extends broadly, from a chemical process electrification and polymer recycling company called PyroWave and Pratt & Whitney’s motor division, to a bakery in Sherbrooke and a carbon capture company in France.

“Mixing is the same as putting sugar in your coffee,” he says. “If you just let it sit, it would take forever to mix in, so you take a spoon and blend it. But at the industrial scale, it’s much more complex. If I have a vessel that’s several metres tall and I’m putting different components in it, I can’t just use a spoon. There you need an agitating system. But that’s complicated. How should it be designed so it mixes in the least amount of time as possible? Should it be round, flat, tall? If we can simulate how the coffee would move, we can predict the same thing with the agitator in the mixing vessel regarding how long it will take to blend.”

Mixing is critical for some suppliers.

“Say a pharmaceutical company wants to make a pill,” he says. “The active ingredient is tiny; there’s a lot of non-active to put in the pill. They’ll want to create a homogenous mixture of powder, but some granular components tend to segregate. If this happens with your pill, you’re doomed. That’s a classical application.”