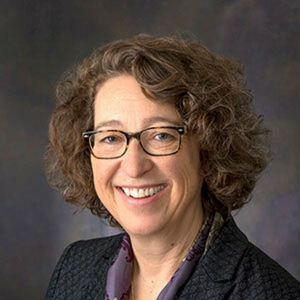 Ms. Whitehead has a long history of active engagement in regional, national, and international initiatives to advance digital research infrastructure and open scholarly communications. Currently, she is Chair of the Executive Board of the Confederation of Open Access Repositories (COAR), an international association with 100 members from around the world, Chair of the U.S. Repository Network Steering Group, Past Chair of the Ivy Plus Libraries Confederation, and a member of the Higher Education Leadership Initiative for Open Scholarship. Ms. Whitehead has served as President of the Canadian Association of Research Libraries (CARL) and Chair of its Policy Committee and its Open Repositories Working Group. She has chaired the Steering Committee of Canada’s National Heritage Digitization Strategy (NHDS), the Executive Committee of the Ontario Council of University Libraries and the Executive Committee of the Canadian Research Knowledge Network. She served as a member of the Executive Committee of the Leadership Council on Digital Infrastructure and as a member of the Programs and Quality Committee of the Canadian Social Sciences and Humanities Research Council. Ms. Whitehead played a lead role in the development of Portage, a research data management network launched in 2015 by the Canadian Association of Research Libraries in collaboration with other research stakeholders.

Ms. Whitehead holds a Master of Library Science from the University of British Columbia. In 2019, she was awarded the CARL Distinguished Service to Research Librarianship Award.