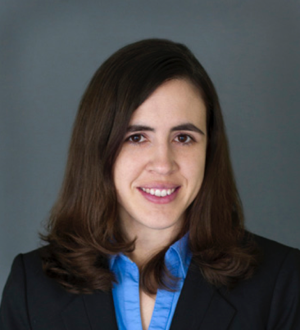 Dr. Rebecca Davis, BSc, PhD is an Associate Professor in the Department of Chemistry at the University of Manitoba. Dr. Davis’s expertise lies in the areas of catalysis and computational chemistry. Her experience in both experimental method development and computational small molecule design has equipped her to build an innovative, interdisciplinary, and internationally recognized research program. As a part of her research program, she is currently involved in externally funded research involving the rational design of PET tracers for early biomarkers of Parkinson’s Disease, and the generation of molecular structural data libraries for machine learning and the design of novel catalytic processes for biologically relevant compounds.

Dr. Davis is a founding member of the NSERC-Chemistry Liaison Committee and serves on the Executive Board of the Organic Division of the Canadian Society for Chemistry. She is also an active member of GlycoNet (a Canadian Network of Centre of Excellence) and the Physical, Theoretical and Computational Division of the Canadian Society for Chemistry. Due to the multidisciplinary nature of her research, she is also a member of the University of Manitoba’s Bioactives Interdisciplinary Research Group, the NEXUS Data Science Institute and the Manitoba Institute for Materials. In addition to these roles, Dr. Davis serves as an active member of numerous groups supporting equity, diversity and inclusion in the sciences, including the Canadian Women in Chemistry Group.

Dr. Davis holds a BSc from Washington State University and a PhD in Chemistry from the University of California, Davis. After a 2‑year postdoctoral fellowship at the Centre for Catalysis at Aarhus University, she began her career at the University of Manitoba as an Assistant Professor. She was promoted to Associate Professor in 2020.