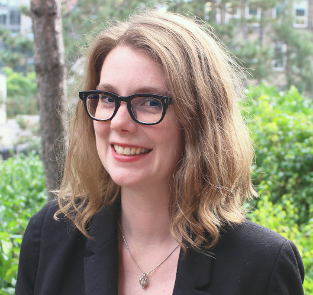 While she works with computers much of the time, Dr. Erin Dickie’s mission is to understand the relationship between mental health and the brain.

“How do we treat mental health better, how do we understand what it really is at the level of the brain, what is functioning, what is resilience?” says Dr. Dickie, Assistant Professor in Psychiatry at the University of Toronto, in explaining what she does.

As a scientist at the Centre for Addiction and Mental Health (CAMH), she is currently working with colleagues to collect data from large studies, especially those involving neuroimaging and bio-data. She is neuroimaging lead for the newly launched Toronto Adolescent and Youth CAMH cohort that will recruit 3,000 youth seeking treatment for mental illness and follow them over five years.

Dr. Dickie collaborates with clinicians and is “the computer geek” who helps move their data through the system. She manages the data, makes sure they’re good quality, makes sure they’re organized and seeks ways to release and share them with other investigators.

“I’m also trying to process larger and larger amounts of data,” she says. “As we’ve realized we need more data to actually come to a meaningful conclusion in health science, we need stronger and stronger computational resources to process those data in a standardized way.”

When she scans a participant’s brain, she looks at its anatomical structures, the thickness of the cortical surface and the size of different structures. She also uses functional MRI to measure how different parts of the brain work together.

“Then we do another scan to understand the anatomy of their white matter, which is like the major highways of your brain,” Dr. Dickie says, adding that a post-treatment scan can be then used to map the person’s response.

Dr. Dickie then uses the Digital Research Alliance of Canada’s services to process brain data and move it through analytic pipelines.

My biggest challenge is… “finding a way to make data available so people can access [them] in a meaningful amount of time. I want to do a summer school for grad students and post-docs and we want to give the students real data to work with, but I can’t figure out a dataset I can securely give them access to for one week.”

I had to come to terms with… “the fact that protecting this kind of data is important. There are very clear examples where genetic data were collected from Indigenous people and decades later, the same lab was looking into ancestry and genetic variability without the communities’ knowledge. When someone is so far away from [the original study] and only has a bunch of numbers, they get siloed and don’t recognize the harms this kind of thing can cause. I’m happy that CAMH is moving in a positive direction. My new studies focus on respecting diversity and engaging with people who are living with mental illness.”

What is your message to others? “The future is bright. Institutional cultures are changing, data-sharing is coming to Canada. There’s a lot more awareness of mental health in this kind of science and there’s more computational learning.”